The TechDiversity Awards showcase the best of what can be achieved when you amplify diversity and create a culture of inclusion in the workplace.

The Awards celebrate the achievements of those leading the way in making Australia’s tech sector more representative, fair and welcoming—through effective Diversity & Inclusion (D&I) initiatives. This year, the palpable sense of camaraderie and consequence experienced at the live ceremony was also extended to online audiences via Jomablue’s virtual event platform.

Around 500 people attended the TechDiversity Awards 2022 held on May 26, either in person or virtually. Since the awards were skipped in 2021 due to the COVID-19 pandemic, it was a highly-anticipated event and adding a genuinely interactive virtual element ensured the excitement was shared by all.

A range of awards across five categories were presented on the night, with winners lauded for their courage and leadership, how well their initiatives led to behavioural change and their plans for continued success.

As well as recognising the outstanding efforts of individuals and businesses strengthening Australia’s tech industry through D&I programs, the event was also an inspiring night of reflection.

Thriving in a digital economy requires more than one perspective —and the TechDiversity Foundation is a driving force behind increasing the participation of under-represented groups. The Foundation helps the tech industry benefit from a more diverse workforce that includes women, people with a disability, LGBTQI people, Indigenous Australians and Torres Strait Islanders, people of colour, older people, and those who may face discrimination around their religious beliefs.

Director of the TechDiversity team, Luli Adeyemo, highlighted the significance of the 2022 Awards’ timing—held on the 14th anniversary of Sorry Day, and closely followed by the 55th anniversary of Aboriginal people being counted in the Census as well as Reconciliation Week. She said: “Looking around and seeing all the Aboriginal people and women together in this space is deadly.”

Guest speaker Ally Watson OAM provided a moving first-hand account of overcoming the barriers to women in the male-dominated tech industry on her journey to founding Code Like a Girl—a social enterprise that empowers women and girls to learn coding and “be equal creators in building the future.”

It makes sense that an organisation committed to celebrating what can be gained by including human beings with varied traits, perspectives, ideas and needs, would also seek to bring more flexibility and inclusivity to its flagship event.

The TechDiversity team planned a hybrid awards night in 2022—including a dedicated virtual event site, live-streamed awards presentation, and online engagement features—in order to reach more people and give people greater choice in whether to attend live or virtually.

They successfully connected nominees and supporters to the live event from locations such as Sydney, Whadjuk Boodjar, Perth, Adelaide, Bunurong Country, Ireland, and India.

TechDiversity specifically sought out Jomablue’s help to create a virtual awards experience because they wanted to engage remote attendees more deeply than what is possible with a simple web-conferencing tool.

We were delighted to support the event as an in-kind sponsor to broaden the impact of the awards and imbue both live and online experiences with the same electric atmosphere. Jomablue’s platform helped TechDiversity power human connection through:

Workforce diversity is important for Australia’s booming tech sector to keep flourishing. We were honoured to be involved in helping to shine a light on people leading the way in increasing the participation of all genders and minority groups, by conveying the energy of the TechDiversity Awards 2022 to virtual audiences. Congratulations once again to all award winners and to TechDiversity Foundation for an amazing night.

There is no such thing as one-size-fits-all event check-in and badging. Events come in all shapes and sizes, and different customer segments require a different

Highly personalized interactions across both live and digital experiences have become the new face of events. Event Managers need new tools to engage with their

See Jomablue in action with a live demo from one of the friendly teams.

No two events are the same, so we’d love to hear about your unique event and how our flexible arrival can best support your event check-in requirements. 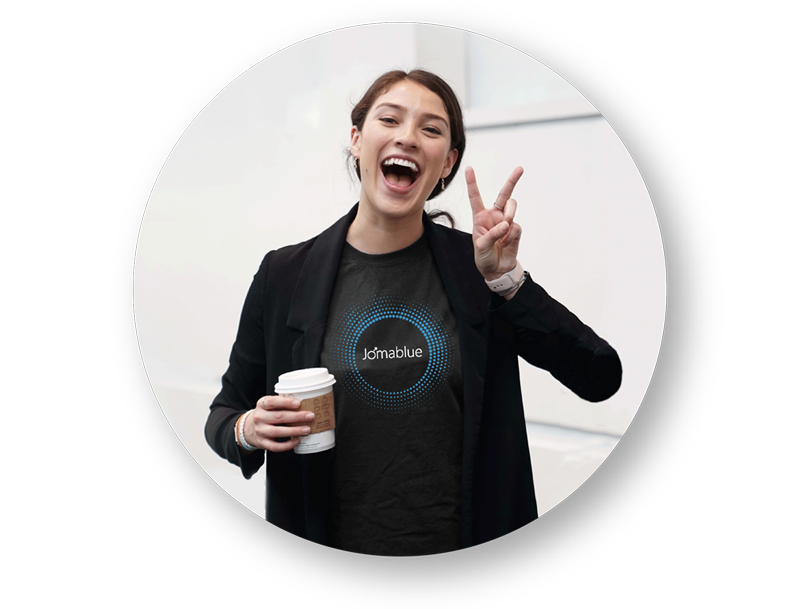 One platform for streaming, virtual, hybrid, and in-person experiences.

©2023 All Rights Reserved. Created by Jomablue